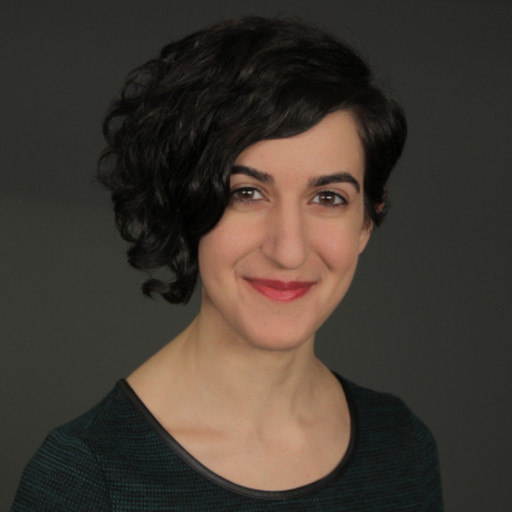 Sigal Samuel is a senior reporter for Vox’s Future Perfect and co-host of the Future Perfect podcast. She writes primarily about the future of consciousness, tracking advances in artificial intelligence and neuroscience and their staggering ethical implications. She also writes about how to make the world better for all of us now, from improving mental health to alleviating poverty to protecting nature.

Before joining Vox, Sigal was the religion editor at the Atlantic. Her work has also been published in outlets like BuzzFeed, the Daily Beast, the Rumpus, and Electric Literature. She has appeared on NPR, BBC, and CBC. Sigal is also the author of two award-winning books. , a children’s book, tells the true story of the world’s first female rabbi. , a novel, tells the story of a dysfunctional family dealing with mysticism, madness, and mathematics in Montreal. Sigal earned her MFA in creative writing from the University of British Columbia and her BA in philosophy from McGill University. Learn more about Sigal .

Sigal can be reached by email sigal.samuel@ab-hc.com and on Twitter at .

Future Perfect coverage may include stories about organizations that writers have made personal donations to. This does not in any way affect the editorial independence of our coverage, and this information will be disclosed clearly when relevant.

Future Perfect is supported in part by grants from foundations and individual donors. Future Perfect prizes its editorial independence, and all editorial decisions are made separately from fundraising and commercial considerations. See Vox’s ethics and guidelines for more.

How to slash carbon emissions while growing the economy, in one chart

By Sigal Samuel November 13
Filed under:

How smart will AI get? Ajeya Cotra has an answer.

Rayhan Asat and the Uyghurs’ valiant fight against Chinese oppression

Is “free money” a good idea? Michael Tubbs gave his two cents — and it paid off.

Future generations don’t have a voice in politics. Sophie Howe is changing that.

Economist Chris Blattman has reshaped our understanding of violence and poverty

China is committing genocide. The world has no plan to stop it.